The Patersons are a Father and Son team who have farmed at Garrionhaugh Farm since 1967. Garrionhaugh is situated 100 feet above sea level and is mainly grassland. Previously dairy farmers, they converted in 2000 to fatten cattle for beef production. The family have a long running history of farming going back to the 1800s where they were previously based at Carluke. On the farm there are a total of 300 grass fed cattle, a mixture of steers and heifers, which are bought in locally at 14-18 months old.

The Patersons pride themselves on being a pure native breed farm, buying native breeds which include: Shorthorn, Hereford, Angus, Luing and Blue Grey. The cattle are usually kept on average for 10 months and then are individually handled to draw them out for sale, with the target live weight of between 500-600 kilos reached through a diet of grass and silage. 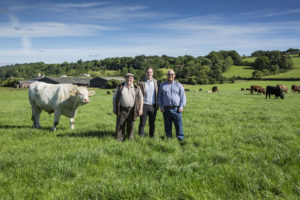 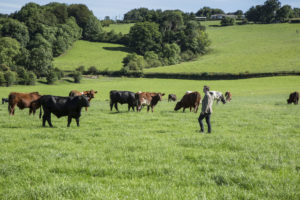 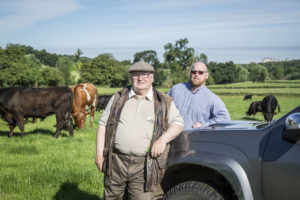 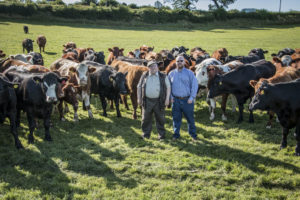 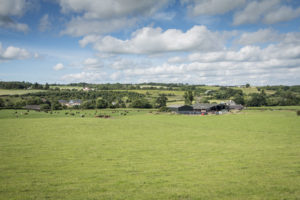